Although the term refers to structures built by the British in India, American Bungalow architecture and designs are in the “craftsman” style developed by the Greene brothers of Pasadena, CA. 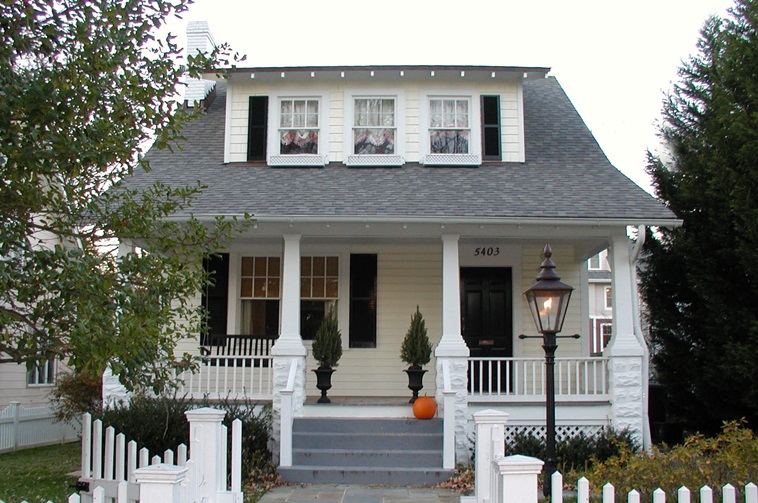 Although the term bungalow is now commonly used to describe a small one- or one-and-a-half-story home or casual beach house, the word is actually derived from the Indian Hindustani word “bangala,” meaning “belonging to Bengal.” In fact, bungalows as we know them were first built in India in the mid-nineteenth century by the British. The intent was to design an informal, easily constructed, one-story rest house for travelers. Built low to the ground, the structure had large porches sheltered by wide overhanging eaves, a perfect way to deal with the country’s hot, sunny climate. 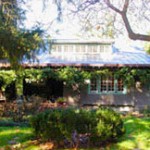 The American version of the bungalow did not appear until around the turn of the century. First built in southern California, where most landmark examples of the style are found, the American Bungalow was the dominant architectural style in the United States between 1905 and 1930. Relatively few of these houses were built after 1930.

Much like its British prototype, the American Bungalow had a small interior, a low-pitched roof and ample porches. Well-suited to a warm climate, practical, and economical, the American Bungalow met the needs of young families and first-time homebuyers. For others, the appeal was more fundamental. Stylistically, the American Bungalow’s simplicity was a refreshing departure from ornate Victorian architectural designs that came the new century, somehow seemed less impressive. 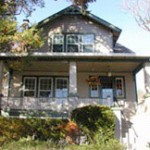 Easy to build, American Bungalows could be adapted to almost any taste or region. At the height of the architectural style’s popularity, several companies even sold bungalow kits through mail-order catalogs. Sears and Roebuck & Company started selling plans and building supplies in 1895, but it was the Aladdin Company of Bay City, Michigan that in 1906 started to offer complete design kits. All the building components for an American Bungalow (e.g., pre-cut lumber, nails, doors and plumbing) were delivered to the construction site, where local craftsmen erected the homes according to the kit instructions. This practice quickly made the American Bungalow style ubiquitous. Many bungalows built from kits can be found throughout Washington, D.C. in Chevy Chase and the Palisades area of NW. A fine example can be seen at 5400 Galena Place NW.

Simple design, sparse decoration and natural materials —these were the essential components of the American Bungalow style. American Bungalows always had front porches and a low sloping gable roof. 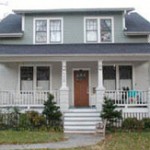 The materials used for the American Bungalows’ exterior usually suggested warmth and informality. Clapboard was the most common siding, followed by cedar shingle with the wood usually stained a natural shade of brown. Stone, brick or concrete block molded into a decorative form were also used.

Geographic location often dictated the exterior material used. For example, in the West, stucco walls and clay-tile roofs, materials indigenous to the area, were commonly used for American Bungalows.

The roof for an American Bungalow was a low-pitched gable with wide overhangs to shield the house from the sun. Exposed rafters usually extended out from the house with their ends sometimes cut-to-profile for decorative purposes. Dormers, if present, tended to be in the front with a gable roof or occasionally a shed roof and usually had low shed roofs.

Perhaps the most distinctive decorative element on an American Bungalow was the triangular knee brace that projected from the face of the front gable of the roof. Although meant to suggest the extension of the beams that supported the roof rafter, they were usually decorative and could be assembled in a variety of ways, depending on aesthetic requirements.

A front porch was a quintessential part of the American Bungalow design. Most had a unique supporting-post design, with short, square upper posts resting on massive piers or solid porch railings constructed of any one of a variety of materials, including stone, brick, concrete block, stucco, clapboard or shingle. The piers, often used in place of posts, frequently began at ground level and extended without break up to the roofline of the porch. Often they tapered as they rose, thus accentuating their structural purpose. Front doors were usually wood paneled with a small multi-paned window in the top.