The dominant style of the English colonies from about 1700 to 1780. Many examples in Georgetown, Old Town Alexandria and Annapolis. 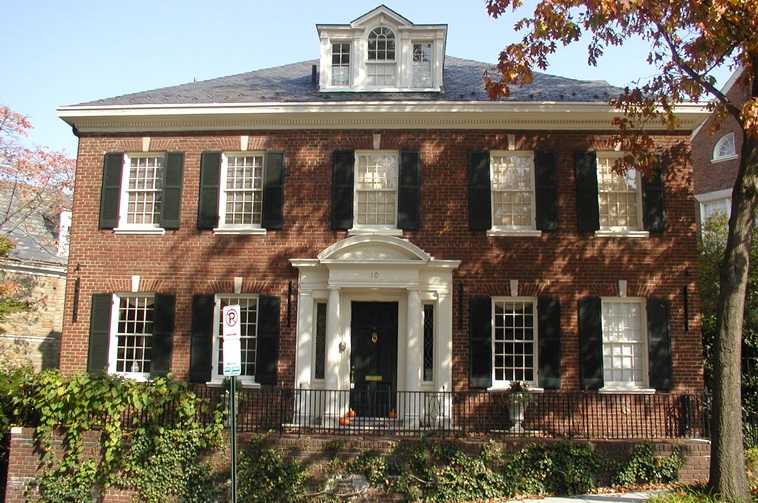 The Georgian style, with its long history in America, is among our country’s most consistently popular architectural styles. Admired for its symmetrical design, classic proportions and decorative elements, Georgian architecture is commonly associated with the reigns of England’s King Georges, I through III. However, in reality, Georgian design is directly tied to the work of English architect Sir Christopher Wren. Unequivocally the dominant architectural style in the colonies between 1700 and the Revolutionary War, Georgian architecture’s popularity slowed dramatically as architectural tastes began to change with the establishment of the United States and the emergence of our American Federal style. 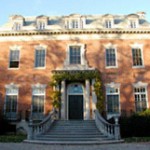 In the more prosperous northern cities of Boston, New York and Philadelphia, early generations of Georgian buildings have generally been lost to development. The best remaining examples of original Georgian architecture are in eastern seaboard cities such as Annapolis and Williamsburg, where a less affluent economy helped protect them from being demolished.

One of the best examples of the Georgian architectural style in Greater Washington, D.C. is Gunston Hall on the banks of the Potomac River in what is now Lorton, Virginia. This Georgian building was built for George Mason, one of the nation’s Founding Fathers, whose work greatly influenced the Constitution and the Bill of Rights. Mason moved into Gunston Hall in 1759.

Much of the inspiration for Gunston Hall’s Georgian design came from pattern books brought over from England. These books were an early species of how-to manuals imported from Europe by colonial builders at a time when professional design advice was scarce. Such manuals played an enormous role in spreading the Georgian style throughout the colonies. 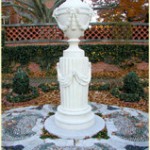 Typically, pattern books focused on the Georgian architectural design details for windows, doors, fireplaces and molding elements, which were adopted or modified by the builder. With only a few professional-looking flourishes, colonial Americans could greatly enhance the appeal of their simple Georgian buildings. As the practice evolved, colonial builders gradually learned how to arrange and mass building forms as well.

The basic Georgian proportion was typically geometrical, with the main block of the building frequently augmented by   hyphens and wings. The axial symmetry of the Georgian style will always be a safe design approach. However, this static configuration does not necessarily optimize the actual functioning of a home. The somewhat less symmetrical Federal style that followed is likely a response to this problem.

The Georgian style utilized many of the hallmarks of Renaissance design. For example, Georgian homes and buildings often had rigid symmetry in building mass, in window and door placement and even in the layout of interior rooms.

Not surprisingly, interpretations of the Georgian style tended to vary with locale. In northern states, it was common to use wood with clapboard or shingle cladding in Georgian homes and buildings. Occasionally the corners of the building were decorated with wooden quoins to imitate stone. Sometimes stone and stucco were used instead of wood.

In the South, Georgian houses were occasionally constructed of stone and stucco, but Georgian style usually meant brick. The brickwork occasionally incorporated a horizontal belt course between the first and second floors. A classic example of a Georgian home with brick detail is Westover Plantation in Charles City County, Virginia. It is a Georgian house of exquisite proportions and detail built on the bank of the James River in Charles City County. Locally, a modest example of the Georgian architectural style built in the 1920s is found at #10 Kalorama Circle NW.

A hip roof, sometimes with dormers, typifies the Georgian style. Because of Georgian architecture’s relentless symmetry, a more asymmetrical gable roof would be noticeably inappropriate. The hip roof was popular with Christopher Wren and all those who admired and emulated his rules of architectural design. When variations were sought, a Georgian roof would sometimes sport balustrades further embellished with decorative moldings and trim.

Typically incorporated as a stylistic embellishment, double-hung sash windows along with small panes or lights, usually 12 over 12 or 9 over 9, were the standard variations used in Georgian architecture. Georgian homes and offices built of wood often had decorative pediments over the windows, while brick Georgian buildings had decorative brick headers above a window.

As a vehicle for decoration, Georgian entrances were often fitted with pediments, broken pediments, arched tops and ogee caps. In the North, wooden pilasters often flanked the entrance to a Georgian home or building. In the South, Georgian doorways were typically enhanced with tasteful brick patterns.