Began in England as a reaction to formal classical ideals that had dominated architecture for almost two centuries. 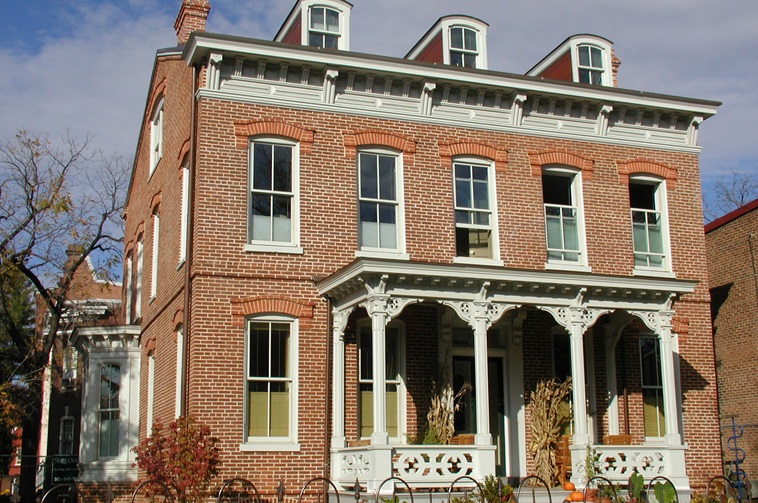 Often included in the so-called Picturesque Movement, the Italianate style began in England as a reaction to the rigid formalism that had come to dominate nineteenth century architecture. The Italianate style derived from Italy’s rambling farmhouses, usually built of masonry with their characteristic square towers and informal detailing. By the 1830s, Italianate had spread to the United States, where architects began to transform the style into something truly American with only hints of its Italian origin. Thus, working in the Italianate style, architects had a higher degree of artistic freedom than they had in earlier, more rigid architectural styles. 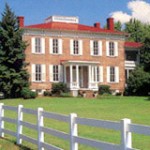 Much of the Italianate style’s popularity can be credited to architect Andrew Jackson Downing, whose own Italianate home designs were featured in two books he published: Cottage Residences (1842) and The Architecture of Country Houses (1850). Widely read by home designers and the public alike, his influential book set off a wave of Italianate homebuilding around the country. The best surviving examples of Italianate architecture are wood frame with clapboard exteriors. The style waned during the economic depression of 1873. 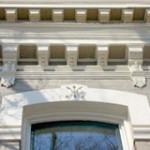 Of the many Victorian-era variants represented in Washington, D.C.’s historic neighborhoods, Italianate architecture is one of the most passionate — a feast for the eyes. Washington homes in this architectural style generally date from 1840 to 1885 with the majority built in the immediate aftermath of the Civil War. The expense and craftsmanship lavished on the exteriors offer testament to the prosperity and optimism of the era. An attractive group of Italianates can be seen at 204 Ninth Street SE. The 600 block of East Capitol Street NE also has good examples of Italianate style architecture. 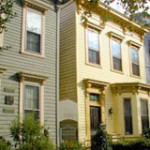 The typical Italianate design was a two-story building, but examples survive in many variations, from three-story detached homes with towers and cupolas to urban townhouses. For stand-alone houses, there were six basic categories (noted here in architectural shorthand): box with a hip roof, box with a centered gable, L or U plan, L plan with a tower and a front gable.

Italianate town houses are identifiable by their wide projecting cornices with heavy brackets and their richly ornamented windows, porches and doorways. Most American examples of Italianate homes mix details derived from both informal rural models and formal renaissance townhouses.

Brick and wood clapboard were the most common building materials for Italianate homes with brick being more expensive. The ornamentation was typically wood and occasionally the brick homes had elaborate, durable cast iron window and door hoods.

Italianate roofs were low pitched, often with a square cupola on top. Projecting eaves with large brackets in a variety of shapes and spacing dominated the cornice. Arranged singly or in pairs, the brackets were usually underscored with wide decorative bands and sometimes further elaborated with panel moldings.

Italianate window sashes typically had one-over-one or two-over-two glazing. Window trim had exuberant variations including U-shaped crowns with brackets or pedimented crowns with decorated hoods. Arched and curved windows were popularized in America by the Italianate trend.

Doors occurred in as much variety as windows. Paired and single doors were both common in Italianate homes, often announcing themselves with a large, elaborate hood supported by brackets. Italianate doors were the first to have large panes of glass in the door itself in lieu of side lights with small panes.

Compared to other Victorian styles, Italianate porches were restrained in their size and decoration and often contained only one story. The most common type of porch column was a square post, usually 6 inches square with beveled or chamfered corners.